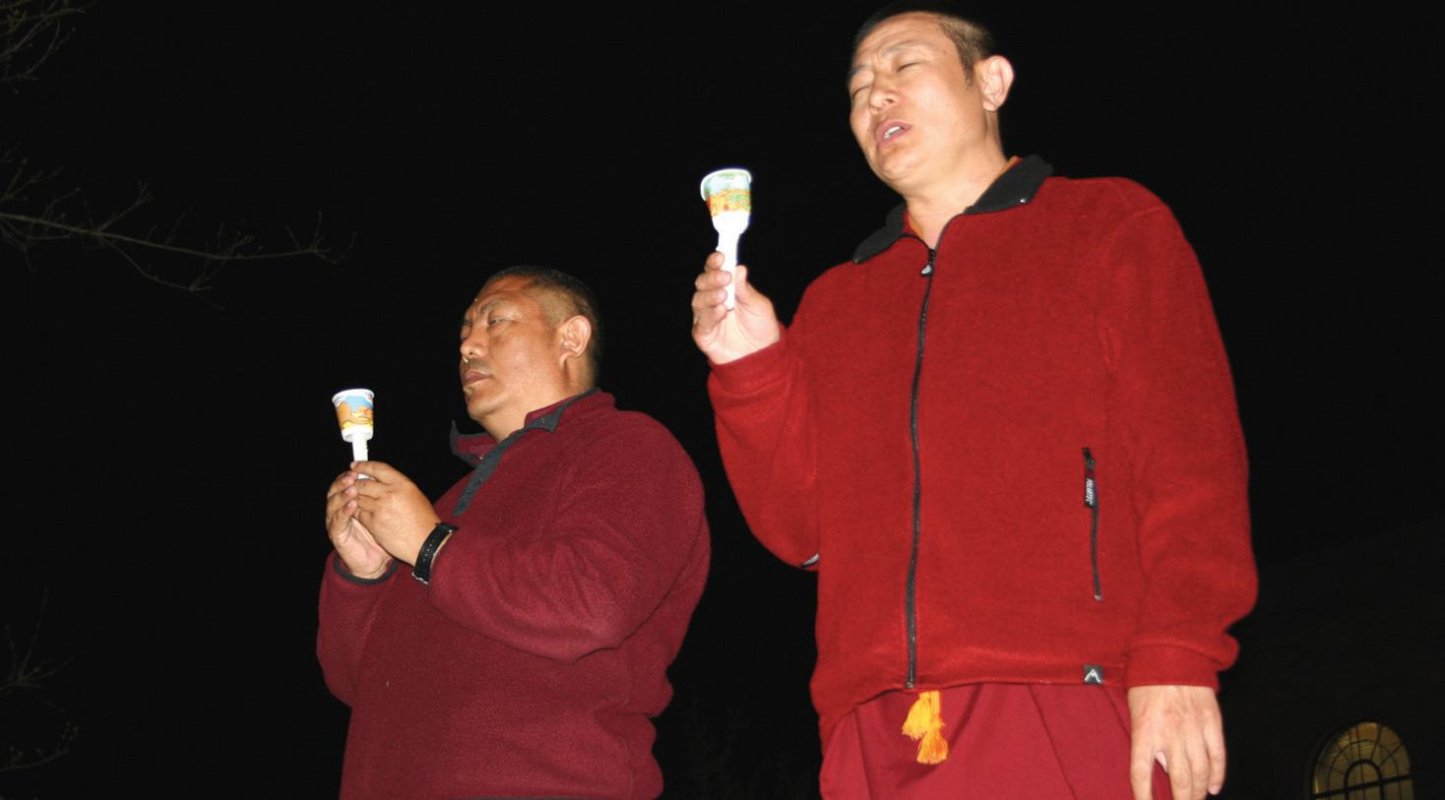 I snapped this photo for my university’s newspaper. The picture depicts monks Geshe Thupten Dorje and Rinzin Dorje performing a Tibetan custom. The event was hosted by Students for a Free Tibet to raise awareness of harsh treatment toward Tibetans in Chinese-occupied Tibet. With the world’s eyes on Beijing, the months leading up to the 2008 Summer Olympic Games in Beijing in August were scattered with protests which gained worldwide attention.

The photo above was accompanied by an article I wrote for The Arkansas Traveler newspaper. A PDF of the newspaper along with the article is available here.